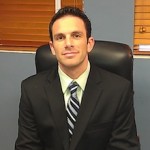 As a North Miami injury lawyer that helps victims of construction accidents on highways, it never ceases to amaze me how often tragedy strikes on the roadway. And every single time a person is injured in an accident, people are always shocked and wonder aloud how something like this could happen.  More times than not, when a person is injured, whether it be a construction employee injured while working on a job site or some lay person injured near a construction site, usually someone did something wrong that led to the accident.  The most recent tragedy occurred on a freeway in Santa Monica, California during the early morning hours when a construction worker was crushed and killed by a falling steel beam.

Highway construction had been ongoing since 2009, and according to reports, this construction site injury is the first major accident to occur.  The steel beam that took the construction worker’s life weighed well over one ton — even more scary is that fifteen co-workers witnessed this horrific accident.  Nevertheless, a transportation authority spokesperson assured the public that the construction would be ceased immediately until further safety tests and investigation is undertaken.

A key fact that must be noted is that this construction accident occurred during the nighttime/overnight shift hours, which certainly raises the question as to just how safe the working conditions are for construction being performed at night.  Certainly, many factors come into play during the course of nighttime construction.

For one, the workers are operating on an extremely limited amount of sleep, which leads to fatigue and perhaps careless or negligent work.  Also, inadequate resources may be available during nighttime construction, as opposed to work performed during daytime hours.  Not to mention, when performing construction to

roadways at night, the number one risk that construction workers take out with them every time they clock in is the possibility of a serious car accident at the construction site. Tough to see at night, poor lighting, failure to abide by the traffic signals — these factors all lead to accidents causing serious injury, and sometimes even death.

At this point, it remains unclear as to whether this construction site accident resulted from nighttime construction and the various dangerous factors that come along with it. However, you can be certain of one thing — it is definitely a more dangerous task to perform construction during nighttime hours.