If you or someone you know was injured in a construction accident, contact our North Miami Personal Injury Lawyers today.

All Florida construction lawyers that sue for work-related injuries should be well aware of the Workers’ Compensation Immunity statute.  As more clearly spelled out in my August 18, 2012 article, the Florida legislature has made it extremely difficult, if not impossible, for Florida lawyers to sue their client’s employer for a work-related accident.  Ultimately, the moment the injured worker demands and accepts benefits from his or her employer’s workers’ compensation insurance carrier, an election of remedy has occurred.

Putting aside for a moment the difficulty in piercing the immunity afforded to employers, another obstacle is often times presented to lawyers in cases involving injured construction workers in Florida.  As a Naples construction lawyer, I have become extremely familiar with the “election of remedies” defense that is frequently raised by companies that are sued for job-related injuries.

Essentially, once a worker is injured and accepts benefits provided by a workers’ compensation insurance company, the worker has elected a remedy.  However, Florida law is not entirely clear on this issue, for it is far from black or white — and like much of the law, this area is a shade of gray.  Yet, what Florida law appears to be clear on is that 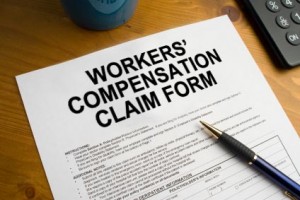 should the injured worker receive a settlement in his or her workers’ comp case, then an election of remedy has apparently been achieved.  So, “electing a remedy” is such a big deal for a Fort Myers construction injury lawyer.

Often times, when a person is injured in a work-related accident, two separate cases are opened: (1) a workers’ compensation case and (2) a personal injury case against the employer.  These two types of cases are ongoing at the same time and the Florida courts have addressed this in a number of decisions relating to “election of remedies.”  Basically, if an injured person receives workers’ compensation benefits and is also pursuing a separate personal injury case with their South Florida lawyer at the same time, then “election of remedies” must not be overlooked.

According to certain decisions by Florida appellate courts and the Florida Supreme Court, if it is determined that the injured person has elected a remedy as it relates to workers’ comp treatment, then he or she may be precluded from continuing to pursue a personal injury case against their employer.

This is obviously a very complex area of law and certainly cannot be fully explained and outlined in one article.  However, if a Fort Lauderdale construction lawyer represents a client injured on the job, then one must be mindful of this important issue and fully inform and educate the client of the ramifications of electing a remedy.